Additionally, the daily volume of 1,741 (about $15.5 million) represents a 109% increase over the 834 contracts traded the day before with each contract being equivalent to one Bitcoin. 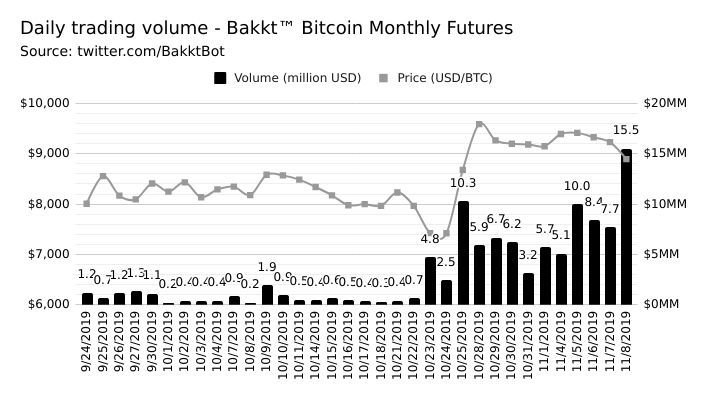 The new record volume coincides with a sharp Bitcoin price decrease, falling under $9,000. The last reported Bakkt contract trading price as of press time is $8,895.

Bakkt physically settled monthly Bitcoin trading volumes have been steadily rising since its launch. In October, its volumes have hit a new all-time high with 452 contracts traded.

As Cs reported earlier this week, Bakkt is also on its way to set a new monthly trading volume record. The company is also expected to launch the first regulated Bitcoin options contract on Dec. 9.

Most Read:  Bitcoin Faces Another Rejection And It's Vulnerable to a Drop Below $9K