The transparency of blockchain technology can be used to determine investors’ sentiment towards a given asset. By evaluating what large Bitcoin holders are doing, for instance, it is possible to estimate future price slumps or bullish impulses.

Under this premise, Santiment, a behavior analytics platform, maintains that large BTC whales are preparing to push prices further up before dumping their holdings on unaware crypto enthusiasts.

Big Players Prepare for the Halving

Medium size holders with 1 to 10 BTC have been accumulating heavily over the past few months despite the havoc caused by the global pandemic on the global financial markets, affirmed Santiment.

Meanwhile, large holders with 1,000 to 10,000 BTC have been slowly decreasing their positions. But, this trend has changed over the past few days. Real whales are now accumulating, which according to the crypto insights provider could signal that they are preparing to dump at the top.

A similar behavior appears to be happening with old coins that all of a sudden are on the move. The purpose behind it may be “to sell [these coins] to the newcomers.” Those who jump on the “halvening rally” bandwagon might find themselves buying BTC from the big whales.

As the market makers prepare to take control of Bitcoin’s price action, they could do the opposite of what the crowd expects.

The Wisdom of the Crowd

The month of May kicked off with mention of the halving going through the roof. Tweet volumes about the block rewards reduction event have quintupled over the past week, according to The TIE. But, the chatter around is not necessarily positive.

“Our sentiment algorithm suggests that the crowd is turning increasingly sheepish about the upcoming halvening, and Bitcoin’s short-term PA,” explained Dino Ibisbegovic, head of content and SEO at Santiment. 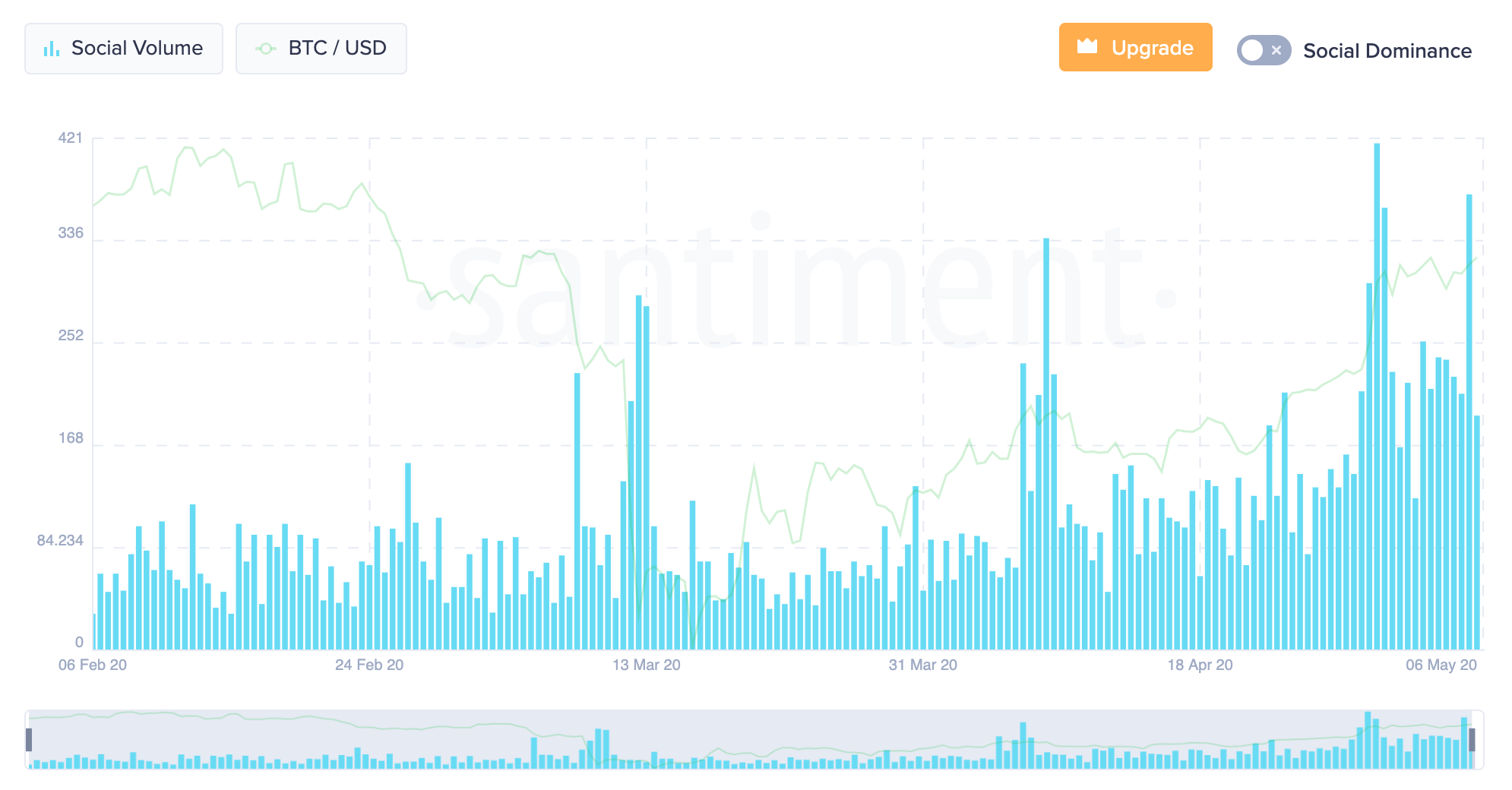 Based on the opinion gathered from tens of thousands of market participants across more than 1,000 social media channels, Ibisbegovic concluded that the sentiment around the halving is bearish.

“A lot of people seem to think we’re headed for a correction pre-halvening,” added the analyst.

Since the wisdom of the crowd is usually inaccurate, Ibisbegovic said that an “imminent pump” could instead happen before the halving. The purpose behind an unexpected upswing will be to trigger “everyone and their crypto-leaning mother” to buy the BTC bags that the whales are willingly dumping.

Most Read:  Bitcoin Holding Strong At $11K, But 100 SMA Holds The Key To Start Fresh Rally

Then, as everybody starts calling for moonshots, the market will dump to allow market makers to buy the dip.

Even though only time will tell whether or not this hypothetical scenario will come true, Bitcoin’s price action over the past few hours adds a level of credence to it. The flagship cryptocurrency is back above the $9,300 at the time of writing signaling a further advance towards higher highs.