With all the grief he gets from Wall Street, Elon Musk needs all the friends he can get.

Bruce Croxton, the co-founder of Ontario-based venture capital firm Round 13 Capital, described Tesla CEO Elon Musk as “the GOAT of entrepreneurs” who “walks on water” as far as he is concerned. In a chat with BNN Bloomberg’s Jon Erlichman, Croxton revealed that where others see the maverick Tesla boss as a loose cannon, he sees him as a visionary with a few minor quirks.

Croxton made the remarks in the light of the recent revelation that Tesla surpassed production estimates in Q2. Last week, CS reported that Tesla’s stock rocketed up more than seven percent as the company delivered 92,500 cars to surpass its all-time delivery record. The news came as welcome relief for Musk, who up until then had endured something of an annus horribilis, finding himself in trouble with everyone from Tesla investors to the U.S. SEC.

Croxton revealed that he is biased toward Elon Musk because he sees him doing what no other entrepreneur is doing in terms of taking risks and entering uncharted territory, saying:

“I think he is the GOAT when it comes to entrepreneurs. He’s pushing the envelope… I think the guy does no wrong. He walks on water.” 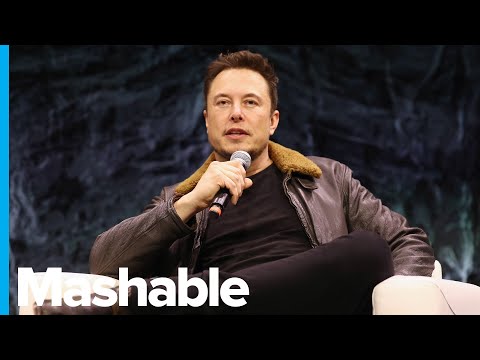 Last week, CCN reported that Tesla’s unexpected Q2 performance confounded Musk’s increasingly vocal critics who felt that he was becoming an impediment to the growth of the company. The quarter saw significant downward pressure on Tesla’s stock price, with many investors taking short positions on Tesla’s stock. The company was forced to make a series of efficiency cuts and layoffs to stop it from hemorrhaging cash. At one point, Musk revealed in an internal memo that Tesla had just 10 months of cash runway left to operate.

Musk, of course, is no stranger to walking on the wild side while trying to keep his business afloat. He famously found himself indebted and completely broke in 2008 while trying to save Tesla. Since then, he has overseen a dramatic reversal of the company’s fortunes.

First of all, it achieved a $1.3 billion valuation during its July 2010 IPO. Within just nine years, this figure has grown to $42 billion, making it the most valuable vehicle manufacturer in the U.S. – ahead of Ford with $41 billion. To put that figure in perspective, while Ford’s $36 billion 2010 valuation has grown a healthy 16 percent, Tesla has done a scarcely believable 3,130 percent in the same time.

It is this sort of odds-defying performance, Croxton said, that makes him a big fan of Musk’s entrepreneurship style:

“So he’s had a couple of missteps. He loses track of things with the board. He smokes a joint on air and the market gets all upset, but by and large, he has created multi-billion dollar worth of value and he’s the first out of the gate on what is going to be something we take for granted in the future. Everyone is going to be driving electric. Just when the skeptics start to pile on the most, the guy pulls a rabbit out of the hat and delivers.”

All of this good news for Tesla and Elon Musk has not gone without incident. CS reported last week that despite the improved Q2 performance, top executives at Tesla continue to leave the company, with VP of interior and exterior engineering, Steve MacManus, becoming the latest to exit. His exit brings the total number of senior departures at Tesla to seven in 2019 alone.